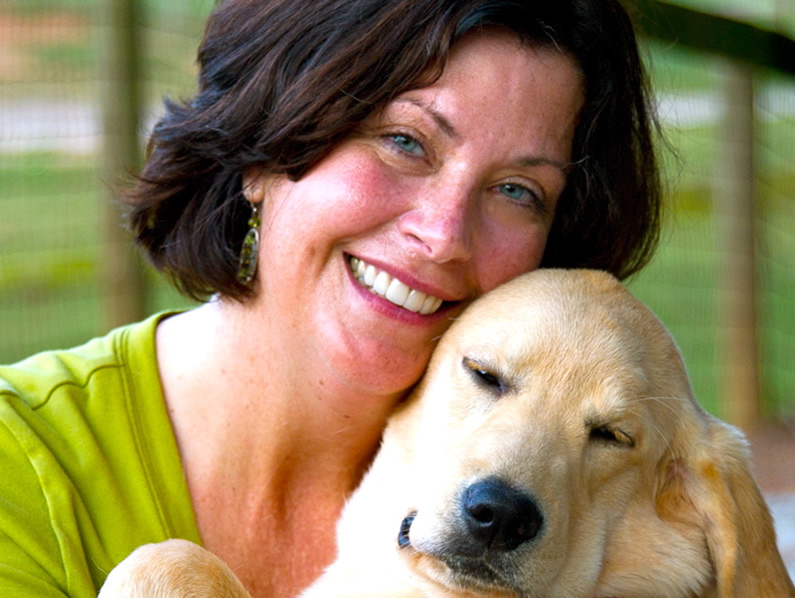 Jennifer Arnold is the Founder and Executive Director of Canine Assistants, located in Milton, Georgia. Founded in 1991, Canine Assistants is a non-profit organization that teaches service dogs to assist children and adults who have physical disabilities, seizure conditions, or other special needs. Jennifer first recognized the need for this program when she was sixteen years old and diagnosed with multiple sclerosis. Understanding the need for physical assistance and companionship, Jennifer pursued the development of a service dog program. She also began working to enhance her knowledge of the extraordinary relationship between humans and animals and how they could best work together. Canine Assistants has now placed over 1,300 service dogs with recipients from 48 states and 5 countries and continuously has over 120 dogs in various stages of teaching in an effort to accommodate the more than 2,200 people on its waiting list.

Jennifer is the New York Times bestselling author of Through a Dog’s Eyes, published by Random House in 2010, and the subject of a PBS Special of the same name. Her second book, In a Dog’s Heart, was released to critical acclaim in October 2011. She has been featured in The New York Times, London Times, People, Mademoiselle, Family Circle, Atlanta Magazine and various other publications, has been seen on numerous television programs, and currently serves on the Advisory Board of NBC/Universal’s petside.com. She has been profiled on CNN’s HLN Leaders with Heart, awarded the Jefferson Award for Community Service, WTBS’s Super Citizen Award, Buckhead Woman of the Year, MS Society of Georgia’s Woman on the Move 2011, Atlanta Magazine’s Women Making a Mark, and the Greater Atlanta Veterinary Medical Association’s Humanitarian of the Year Award. In 2011, she was invited to participate as one of 50 Amazing Women in the UN’s International Year of Youth. Jennifer and her husband, Dr. Kent Bruner, and their son, Chase, live in Milton, Georgia.